Introducing ‘The Buzniks’ fronted by ex Squeeze bass player John Bentley. Glen Tilbrook was even kind enough to say some words for the album cover!

We signed this band to the label last year and the band recorded their debut album over in our studios in France.

We are delighted with the results and reckon that this is a great album with a wide appeal. Good old fashioned tunes you can sing along to & stomp your feet done with style & cheeky twinkle in Mr Bentley’s eye.

Meeting up with the band for the official video shoot was great fun, what a fantastic bunch of musicians & people. We even got them on the Dodgems down Littlehampton Sea Front afterwards for a little photo shoot.

The band are all seasoned musicians – John Bentley will be no stranger to Squeeze fans but John has played with all the big stars over the years and the stories he has to tell are hilarious – but we’ll save those for his Biography! With Frankie Dann on Drums, Alan Betts on Bass & Brian Hartley on guitar this is one hell of a band!

The album is available now to pre-order and will be released on 16th November – just in time for Xmas.

The band have been a little shy on social media but they now have Facebook & Twitter set up so please go along & give them a ‘like’ or follow & if you are down south way watch out for the launch party gig, probably along the W.Sussex coast somewhere in November. ( Dodgems optional) 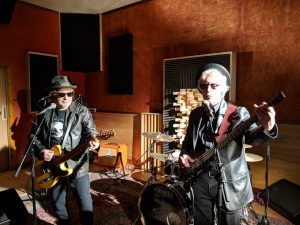 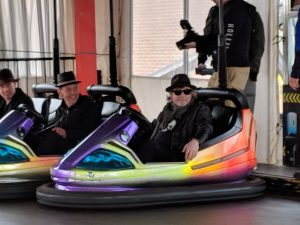 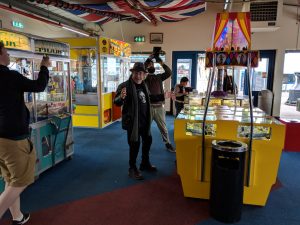 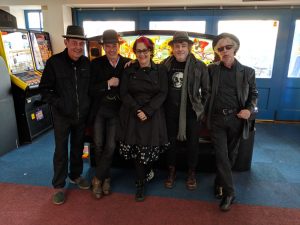 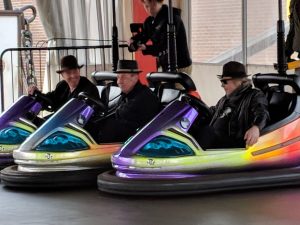 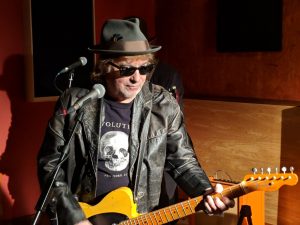 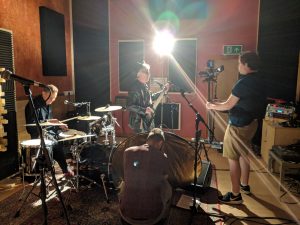 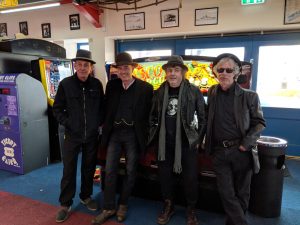