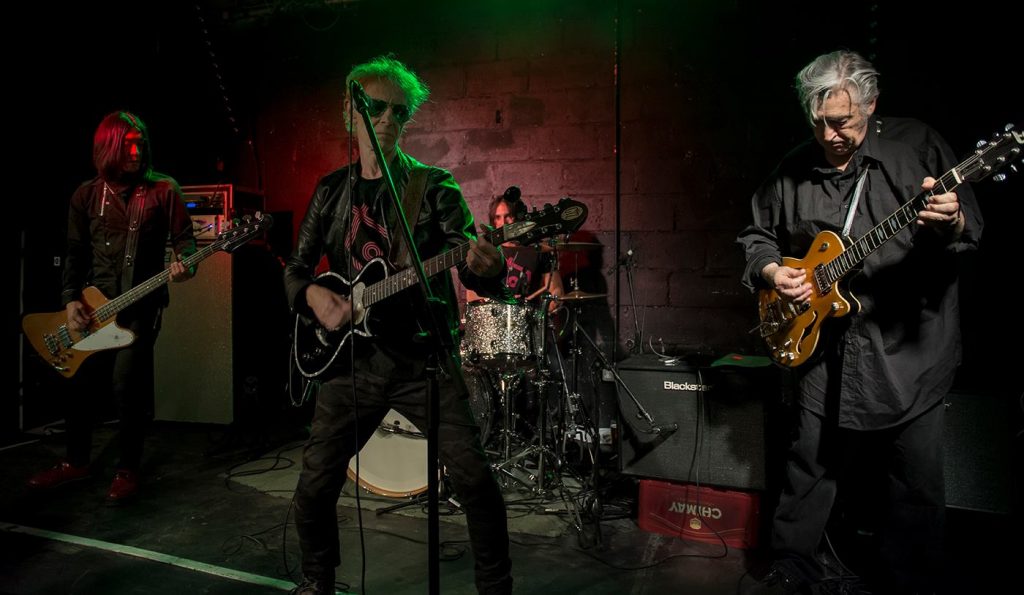 Their first recording in the 21st century was the Killers of the Deep album released on the 3Ms label in February 2017. It has been included in Classic Rock’s 50 Best albums of the year so far.

Their Borderline show in September 2016 was described by Record Collector as: ‘Sharks still go for the gut – simply the best club gig I have seen this year’ and their show at the Lexington in London October 2017 was described by Uber Rock as ‘the best live show this year.’

Chris produced the first demos for both the Cramps and the Sex Pistols and, as a singer/songwriter, he had a hit record with Motorbikin’ in 1975.

Steve is a founder member of Sharks. When the band folded he then spent 3 years touring and recording with drum legend Ginger Baker. Parsons released two solo albums in the late seventies then retired from performance in 1982 and spent the next 28 years working in the worlds of television and film until he reunited with Spedding in 2010. Since then they have collaborated on King Mob, the all-star Joyland album and now the Sharks revival.

Their single choice for a permanent bass player is:

Tosh is bass player with a distinctive look and sound. He was a founder member of the science fiction influenced heavy metal band Slaves to Gravity. They released 2 albums on the SPV label. In 2012 he replaced Glenn Matlock in the King Mob beat group and has continued to perform and record with Parsons and Spedding ever since.  Tosh is a Japanese national who has been resident in London for the last 18 years.