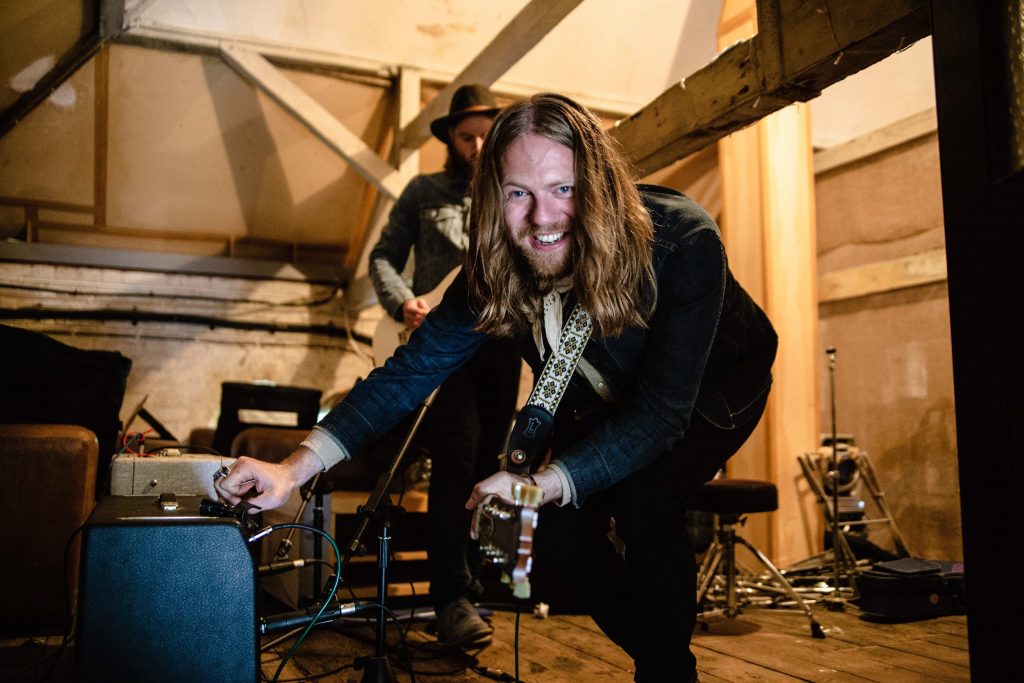 Stone thieves are a 4-piece, country-infused, rock band from London, but their hearts were stolen by an American Dream. Lead singer and songwriter, Aaron, calls upon the honesty and romanticism of Americana, slide guitars, heartbeat drums and heartbreak vocals. They specialise in long-haired, tassle-touting, rock n roll music, playing songs about dangerous woman, open roads, gamblers and vagabonds.

Many beers were sank and cigarettes smoked on a hot summer evening in 2012, when Aaron (Guitar, Vocals) and Tom (bass) decided to throw some ideas in a pot and see where it lead. With 2 complete songs and a headache came the morning. Stone Thieves were born. With the conscious decision to take their time honing their craft and ironing out what worked and where they wanted to take the project, Stone Thieves enlisted long time friend Archie (Drums).

With of full set of original songs, a rocked up, greasy Beatles cover and some dodgy, skin tight red jeans, Stone Thieves eventually hit the road as a three man outfit. With an ever growing audience to inspire them, they recorded their debut EP “New Mexico”. Shortly after, they welcomed Mike (Guitar) into the fold, as the songs grew and the live performance of the EP needed a second guitarist.

The band continued to grow for the next year (hair and beards included!) and quickly followed up their debut with the more refined and polished sound of “Brush Off The Rust”. A three track EP about love, loss and the middle ground between.

This release earnt them many support slots across the U.K. (Cast, Alabama 3, Steve Craddock), sold out headline shows in London and the surrounding areas, festivals in England and Europe and finally a deal to release two singles with a London based independent label.

Stone Thieves produced two tracks, “Little Charmer” and “Midnight Ride”. Both proved to be popular with radio in local areas, online publications, even reaching the ears of BBC Introducing, where they were play listed. The band continue to carve out their own path, with a signature sound they can honestly call their own. 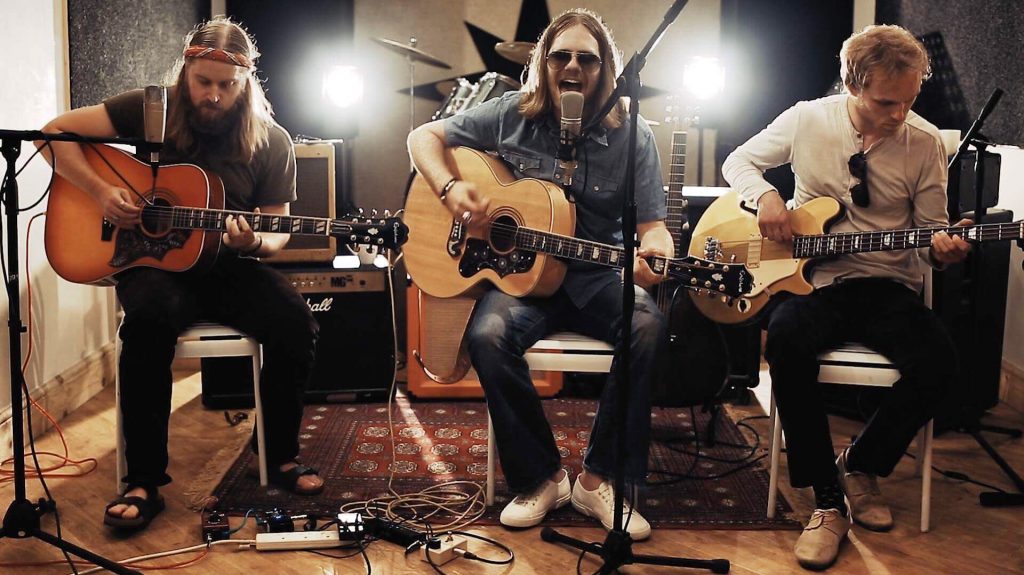 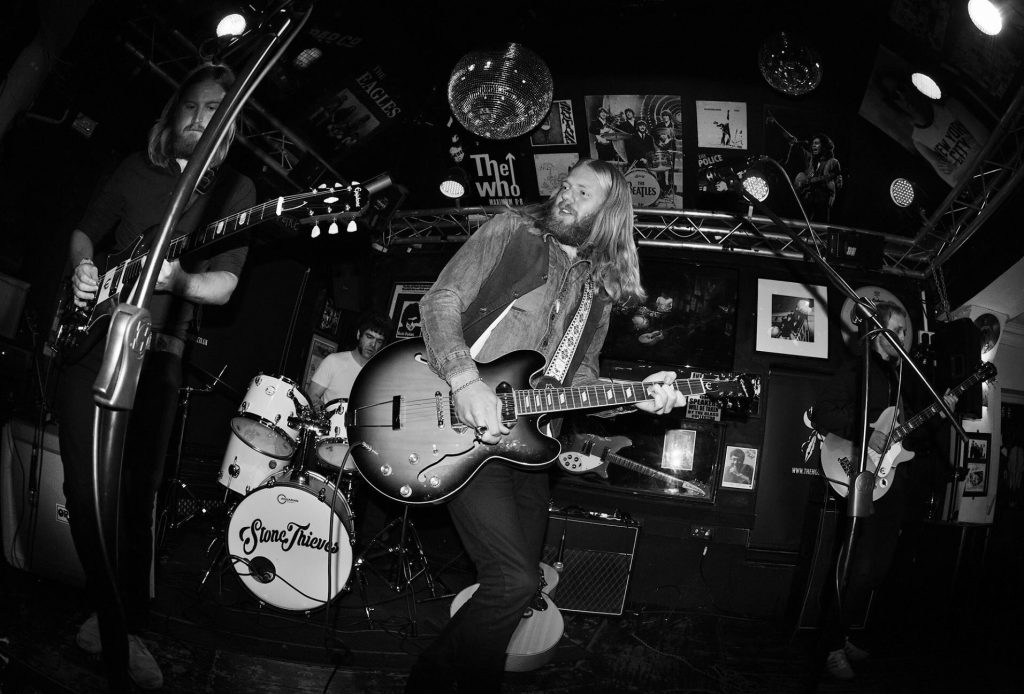 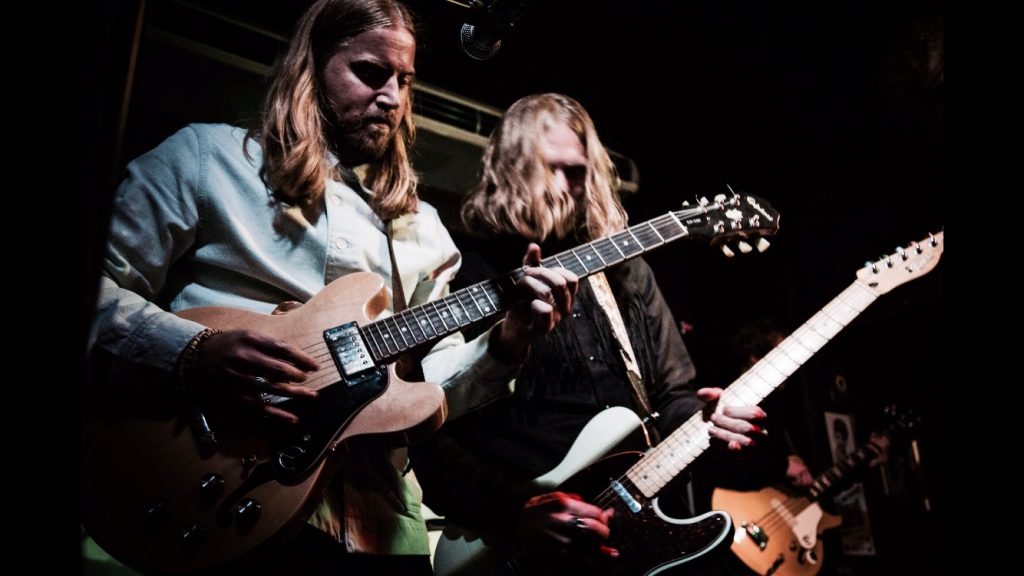