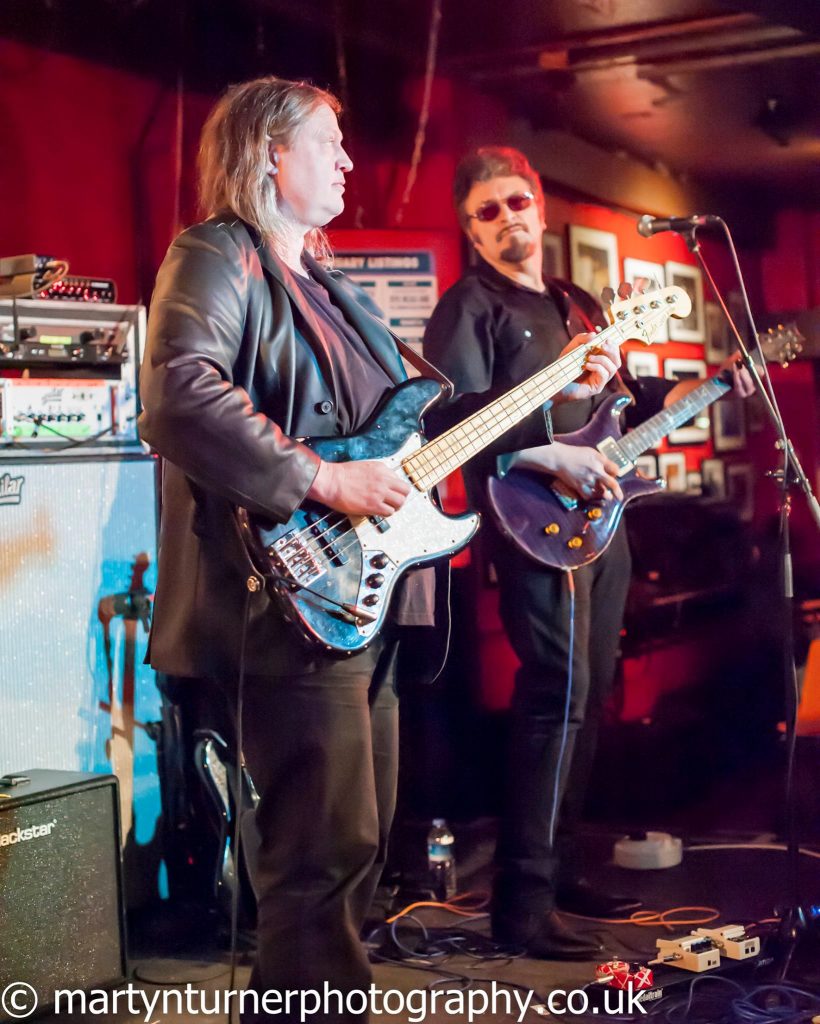 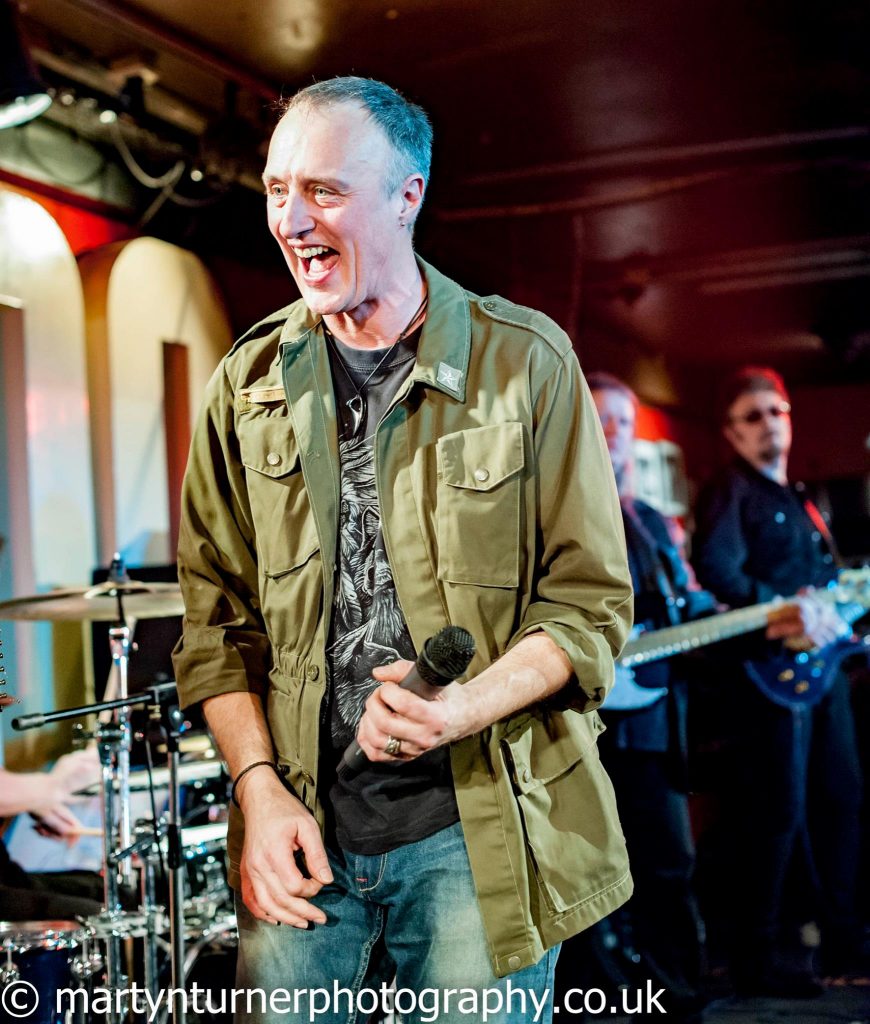 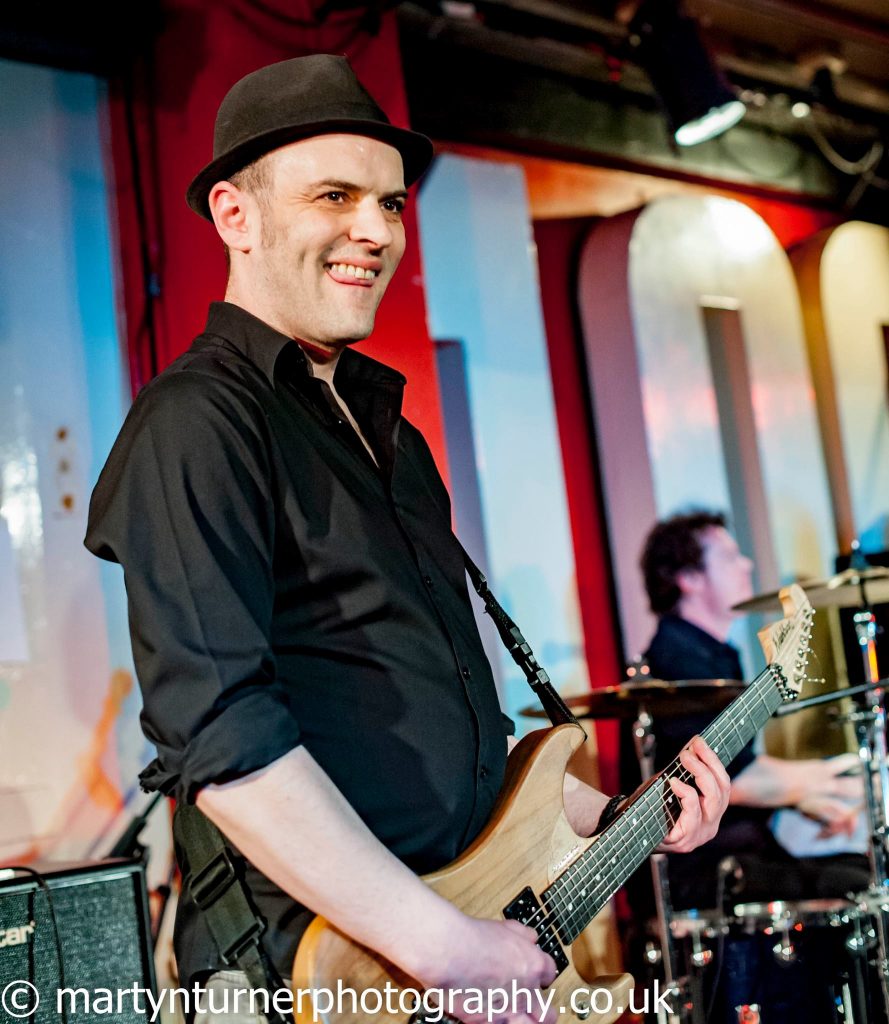 High Treason were formed in Luton at the tail end of the 70’s and soon gained a loyal local following thanks to supporting more established N.W.O.B.H.M. acts such as Bleak House, Clientelle and Toad the Wet Sprocket.

As early as 1980, they released their first (and only) single “Saturday Night Special” (on Burlington Records). Only a handful of singles were pressed with a picture sleeve, making it a precious collector’s item almost immediately.

In his book “The N.W.O.B.H.M. Encyclopaedia” (I.P. Publishing, Berlin, Germany, 2001) author Malc Macmillan had the following to say: “As most serious collectors will surely be aware, this release represents a true classic of the genre, with ‚Saturday Night Special’ (also featured on the “NWOBHM Vol. 2″ bootleg CD) being an incredibly energetic and catchy number in the general style of Ricochet or Bollweevil, with a decidedly Thin Lizzy edge to compelling guitar work.”

Original bassist Larry Barbato comments on the circulation of the single: “I think there were only 1,000 copies, although to be honest, I’m not sure if it was even that many. If I remember correctly, I think Burlington was a label that was related to the studio where we recorded the songs. Sorry Burlington, if I’ve got that wrong!” Somehow a copy of the 7″ found its way to Rock radio DJ Tommy Vance: “He hosted ‚The Friday Rock Show’ on BBC’s Radio 1. At the time, it was probably the best place to get some airplay in the UK for our type of band. Tommy played the single a couple of times and said some really nice things about it, and in fact there was even talk of us doing a short live set on the show. Sadly though the band drifted apart very soon afterwards.”

Two years after their self-financed single, High Treason went into the studio and recorded two more titles: “Cake” and “The Siren Song” both ended up on the ridiculously rare compilation album “The Quest Tapes”. The band still carried on playing live up until the late 80’s but never recorded anything else in a professional environment. Interest in High Treason was renewed when a Japanese band covered one of their numbers, as Larry explains: “Gorgon is a great band and a great bunch of guys. I corresponded with Shige for some time before High Treason re-formed, but with everything that’s been going on I haven’t been in touch to let him know we’re back together. Gary actually found me listed on their ‚Cold Hearted’ website. In fact, Shige if you read this, ‚thanks man’, talking to you guys was part of the push to get us back together. I have a copy of the CD to send to you really soon. Shige very kindly sent me a copy of their version of ‚Saturday Night Special’ and I thought they did a great job of it.”

“Radio will find me” (issued on vinyl by High Roller Records) was High Treason’s first-ever full length album and was released in 2007, showing a more melodic approach than on past offerings. The album quickly sold out and was then issued on CD by ONR records.

After a further period of recording, Barry Fearon, the original singer decided to retire and Larry Barbato (bass) left to do other things. In early 2012 Peter Yeomans and Martin Raggett joined on vocals and bass respectively.

The band are currently working on a new album and busy in the studios recording at Smokehouse Studios at the moment. Watch out for new music April 2019.