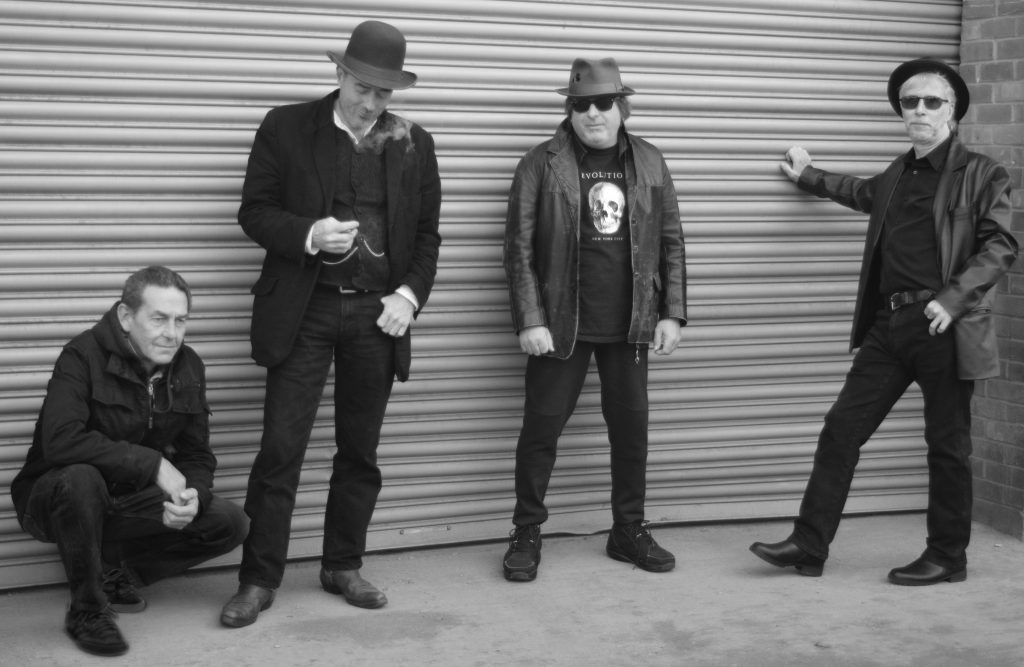 The Buzniks are a 4 piece rock combo formed in 2017 by Squeeze Bassman John Bentley.

JB’s story… Living in Hull a 16 year old John took over the HP payments on a Fender Start belonging to Mick Ronson, and used it in his first ever band  ‘FLESH’ The groups Bassist Trevor Bolder went on to form the Spiders from Mars. During the 70’s John founded the Fabulous Poodles, and did stints with Quintessence, Nashville Teens and Geno Washington. He also backed mime artist Lindsay Kemp in a stage show, and toured the UK supporting the Mott the Hoople, Wishbone Ash, and the Ramones. Then on one crazy day in 1979 he auditioned for Suzie Quatro and for Squeeze.

The very next day he got offered both jobs. “ I decided to go with Squeeze, but I often wonder what might’ve happened if I’d driven off in a Quatro?”

In a long and dangerous career JB has worked alongside many amazing musicians including Elvis Costello, Paul Young, Sting, Garth Brooks, Paul Carrack, and Keith Emerson. He has also appeared on countless TV shows including The Old Grey Whistle Test, Top of the Pops, Saturday Night Live, & American bandstand – he has played all over the globe at festivals and Venues including the Royal Albert Hall, Radio City Music Hall, Madison square Garden, Glastonbury, Coachella, V.Fest etc etc…

Recently JB recorded the theme tune to the BBC2 series ‘ From the Cradle ‘ starring Peter Kay, and toured Japan with Squeeze. He also broadcasts a weekly radio show on radio Scarborough.

The Buzniks have recently recorded an album with 3Ms Music which will be released in 2018.