Saints of Sin debut album ‘Welcome To The Circus’ is due for release on 1st December on the 3MS label.

We are delighted to have this band on our books and we agree with their fans that this is a band to ‘watch’ in 2018. Already the album is getting attention in the industry and we are expecting big things to come for this hard working, fan-tastic band!

But don’t take our word for it – here’s what new fan Jessi has to say!

As a massive fan of Guns ‘n Roses, saddened by the fact this tour may be their last, my rock ears instantly perked back up as I was played the new video of Saints of Sin’s ‘Wasted Nights’. Perhaps new hope did exist for a band to carry on the torch of rock onward. So, naturally I travelled to see them play their latest gig down in Cambridge, and I was not disappointed. It was immediately clear these guys were of an incredibly high calibre. As they made their entrance to the backdrop of circus ringmaster, they looked and sounded the part sporting top hats, bandanas and mosh-tastic long hair. I was in rock heaven as a reinvigorated version of Guns ‘N Roses, with a fresh twist (and substantially younger) stood before me.

The enthusiastic performance Saints Of Sin put on was one that far outstrips that of any band I have ever seen. Lead singer Rui leapt into the crowd, and was joined by Sparxx (epic rock name I might add) and Sophie who took pride of place on the bar tables for a Slash worthy riff war, as I tried (and failed) not to break into an energetic air guitar tribute. Their enthusiastic performance far outstrips that of any band I have ever seen, with great crowd engagement including the Rui’s anecdote of a local punter’s mistaken advances on Sparxx, whom he had taken to be a lady due to is long blonde locks. Fittingly, this led them into their cover of Aerosmith’s ‘Dude Looks Like a Lady’.

They drew the night to a close with a tribute to their rock roots performing a top class cover of ‘Sweet Child O’ Mine’ which, although it pains me to say, rivalled and perhaps even outshone that of the mighty Guns n Roses back in their heyday. They picked up the pace with a quality cover of Uptown Funk and then eased into their much anticipated Wasted Nights which got the crowd fist pumping and head banging in appreciation. The band features fantastic harmonies throughout their songs and, like Guns n Roses offers some slower more melodic tunes such as ’21 Shots’ which went down fantastically with the crowd.

My first task as I touched back down in Ireland, was to play their much anticipated album. No words, the rock demon was brought forth as I moshed/drove back home. My top picks of the album would have to be Wasted Nights, 21 Shots, One Last Time, and in top place – Devil You Need – absolute hits! 3MS Music are on to a winner with Saints Of Sin, if you’re looking for the next band to fill the Guns ‘N Roses shaped hole in your heart then Saints Of Sin are the ones to watch. Get your ill-fitting leather pants and bandanas out,80’s rock is back!

You can pre- order the album on our website by clicking below. 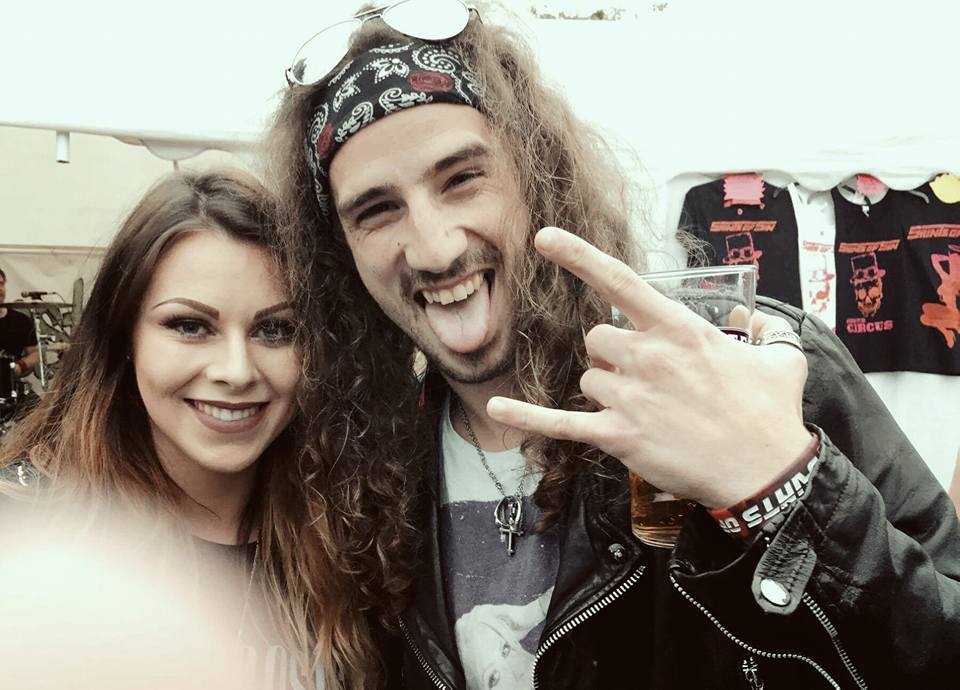