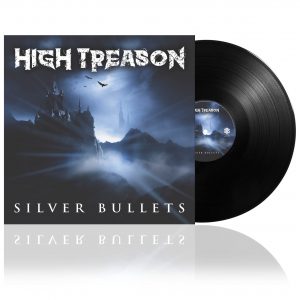 Back and Firing with “Silver Bullets”

3MS Music are delighted to announce the release of ‘Silver Bullets’ from High Treason on 19 April 2019 on CD and Vinyl formats [Cat No 3MS020CD/LP].  This album is a true return to form from a band held dear by many of the rock world’s cognoscenti and boasts ten hard-hitting and brand new songs.

The band said, “High Treason is formed from musicians with a history of playing many different styles, so the song is the key: when everything comes together musically we don’t hide it away if it takes an unexpected turn: that song could be the one that turns somebody’s world.  This album is very much what you hear is what you get live, no auto tuned vocals and instruments are played with feeling, not created to fill a gap. The songs are the proof, from the opening song to our last song on ‘Silver Bullets.”

High Treason were formed at the tail end of the 70s and soon gained a loyal following.  In 1980, they released their first (and only) single ‘Saturday Night Special’. Only a handful were pressed making it a precious collector’s item being described in ‘The N.W.O.B.H.M. Encyclopaedia’ as, “a true classic of the genre… an incredibly energetic and catchy number… with a decidedly Thin Lizzy edge to compelling guitar work.”

Two years later, High Treason went into the studio and recorded two more tracks,  ‘Cake’ and ‘The Siren Song’, both ended up on the ridiculously rare compilation album ‘The Quest Tapes’. The band still carried on playing live up until the late 80s but did not release another album until interest in High Treason was renewed when Japanese band Gorgon covered one of their numbers. This led to the band reuniting and the debut album ‘Radio Will Find Me’ was issued on vinyl by High Roller Records in 2007, reissued on CD by ONR Records.

After a further period of recording, Barry Fearon, the original singer decided to retire and Larry Barbato [Bass] left. In early 2012, founder member guitarist Malcolm Scott was joined by Peter Yeomans and Martin Raggett on vocals and bass respectively, with Paul Bailey also on guitar. Hudson Deans replaced founder member Gary Scarbrow on drums after the latter’s untimely death.  The album ‘Everything’s Gonna Change’ was released in 2016 and is available from 3MS Music.

‘Silver Bullets’ finds High Treason back in fine form, heavy and melodic; with a fantastic song loaded into every chamber. 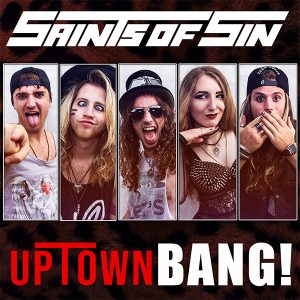 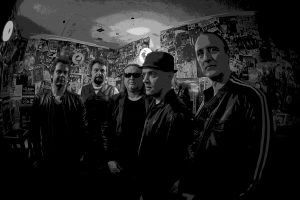 Fully loaded & firing on all cylinders!