Custard Dream release the ‘Blue Wave’ EP through 3MS Music on 3 December 2022. The six-track set will come bolstered with the inclusion, as a bonus, of their remarkable version of the Led Zep classic ‘When The Levee Breaks’. Custard Dream brews up a mix of blues, new wave, and psychedelic but with a contemporary inflection: this is very much not an exercise in nostalgia.

Mixing the large instrumentational palette of Badley Drawn Boy and the threatening guitar attack of St Vincent, Custard Dream is the brainchild of artist, producer, and multi-instrumentalist Ryan Davies. He wrote it all, performed it all, recorded it all, and produced it all – as he says, “Basically I have no friends!” This is a collection of songs with an edge honed by life: this is the attitude and leanings of blues reframed from the perspective of life as a 30-something-year-old coming of age and feeling a tension between affection and resentment of growing up in England. There’s no, “Woke up this morning feeling blue”, instead there’s “Some days I’m on Time Team excavating your scars, playing Operation and studying your heart” [from Mastermind Champion].

As well as for classic TV shows, there are also references to the stuff of everyday life; like old video games. ‘Asteroid’ uses the scenario of connecting with something that allows a kind of revisiting and literally replaying childhood, as one might in a therapy session: “Vibrations and my hands are shaking, I couldn’t cross the final boss and now I’m breaking”

The lyrics play on an everyday Englishness, in the tradition of John Cooper Clarke, but the music is the absolute opposite. The ‘Blue Wave’ EP lifts itself as far away from ‘Grey’ Britain as possible, building in industrial drums, fuzzy guitars, and velcro-like synthesizers. Ryan’s time in lockdown, creating this music with a LoFi studio set up in his basement (and accompanied by a lava lamp!), only fuelled this.

The ‘Blue Wave’ EP is a versatile and eclectic collection of songs that works with the shades and themes suggested by blues, new wave, and psychedelic – but purists beware, this ain’t for you. There’s a faintly careworn swagger at play, more than a touch of Pop sneaking through, and whilst the synths trigger many a memory there’s also a jaded 2021-tinged air to the wordplay – Custard Dream is very much not vanilla…!

There are no reviews yet. 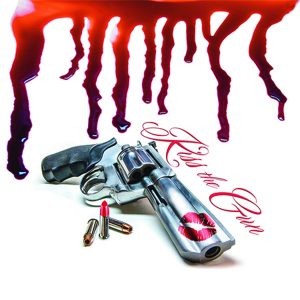